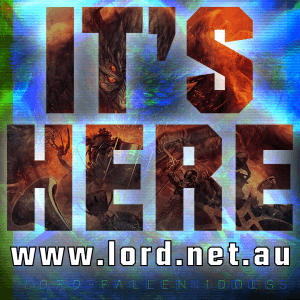 Fallen Idols is now live in our store! 🙂

You can check out the product page with links to buy the CD or download/stream from your favourite services RIGHT HERE.

If you’ve been one of the awesome people who have pre-ordered the bundle, check your account now – all of your downloads of the exclusive bonus tracks (and the album too, of course) should be waiting for you now, and your physical items should already be in transit, if they’re not already with you.

Thanks for all of the support, everyone! This has been the most successful album launch in our 30 year history and we owe than all to you! CHEERS!! 🙂

Well it’s about time! The new LORD album “Fallen Idols” is here! Well, almost – it’s available for pre-order and we’ll be shipping it out August 1st  **More info below on how to get it earlier.

We have all of the info about track listings and other cool stuff to tell you, but you’re here because you want to order it, so let’s get onto links to the great bundles we have available first!  All prices are in $AUD + postage.

This is the ultimate fan pack! You get:

Don’t care about the bonus disc or patches? No worries! You get:

Don’t want a shirt? Don’t care about the bonus disc? Sure! You get:

And, of course, you can just grab digital copies of both the Deluxe release (the “Fallen Idols” album + bonus tracks + the Karaoke bonus album) and the main release.

Whew! OK, now that we have all of that out of the way, we can tell you about the album itself!

Yep, finally! It’s actually been done for a while and ready to go but logistics out of our control has held things up longer than we were expecting (we originally announced “the end of April” as the expected release date on our last press release – obviously that didn’t happen). So, let’s see the press blurb:

Frontman L.T. explains: “Well, it’s been ages coming but the time is nearly upon us for the new LORD album. Long-time fans will have a good idea what they’re in for; the ‘best damn metal mix tape you’ll ever hear’ – it’s our usual agnostic take on styles that somehow still ends up sounding like us. But this time we took a bit of a different approach.”

He continues: “When I was growing up in the Australian outback, backyard parties happened every week and our long-suffering stereo systems blasted tunes from all genres of rock and metal, mixed together in a mish-mash of styles that were never questioned: it was ‘all just metal’ to us, whether it was Bon Jovi or Bathory. The sub-genre either didn’t exist yet, or simply just didn’t matter. The most important thing was how that music made us feel at the time. We wanted to capture that vibe on this album, both recalling that open-minded approach to genres, and also taking a new look at everything we did from songwriting to production. We ended up with an album that sounds both nostalgic and fresh at the same time, like watching a 4K remaster of your favourite movie, with heaps of bonus features thrown in for good measure.” 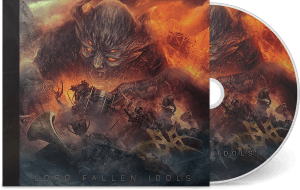 And aside from the actual main album, there’s a bunch of cool stuff we’ve made to go with this release – probably the most bonus material ever for us, in fact! 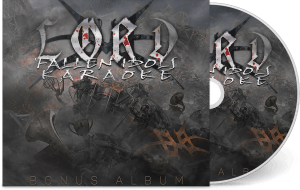 We have an entire bonus album of Karaoke mixes this time – not only are all of the songs without lead vocals so  you can sing along, they also are without guitar solos too. Yep, it’s karaoke for guitarists too! We love hearing what you guys do, so we’ll likely be looking to throw some swag towards anyone who is brave enough to have a sing/play over the top and upload it – keep an eye out on our social media pages for that.

LT and Mark go at it over the top of the backing track of “Wilder than the Wind” in the WttW Dicks Out Mix. (Could it really be called anything else?)  Utterly terrifying!

There’s 2 extended mix tracks this time: “Chaos Raining” and “Counting Down the Hours.”  We did an extended mix for the title track of the Digital Lies album, and that came up so well that we really wanted to find something on this album to do that with as well. Luckily, “Chaos Raining” was practically purpose made for this – there’s so many elements in the song that make it into what it is, but still sound cool when isolated, so this mix gives everything its time in the spotlight. And in “Counting Down…” the backing vocal choirs and orchestra really get to shine too. 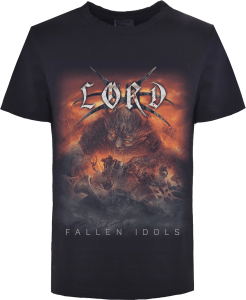 Of course, we have the obligatory T-shirt that features the cover art (once again done by Felipe Machado Franco – the same artist for the bulk of our back catalogue, and he’s been busy doing art for some of metal’s biggest bands, most notably lately for Blind Guardian’s re-issues). 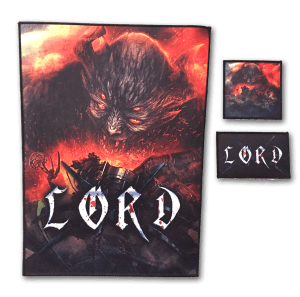 One of the big things we wanted to channel on this album was the nostalgia of the glory days of metal, and you can’t have classic metal without a battle-jacket covered in patches! We have 3 patches available this time – 2 small ones and a backpatch that looks awesome. We can’t wait to see your jackets with this stuff bolted onto it!

There’s not much else to say other than THANK YOU to everyone who will part with their hard-earned money to support the band by buying one of these pre-order packs. We don’t take this for granted at all, and especially now in the age of streaming media, we know there’s options to listen to our music without having to buy a product at all (thanks for that too, by the way). But it’s these tangible physical items that still pay the bills and keep us touring and recording, so we appreciate the support from you guys very much!

We’ll leave you with the “United (Welcome Back)” video clip, and if you’re in Australia, we’ll see you on the road in a couple of weeks! CHEERS! 🙂 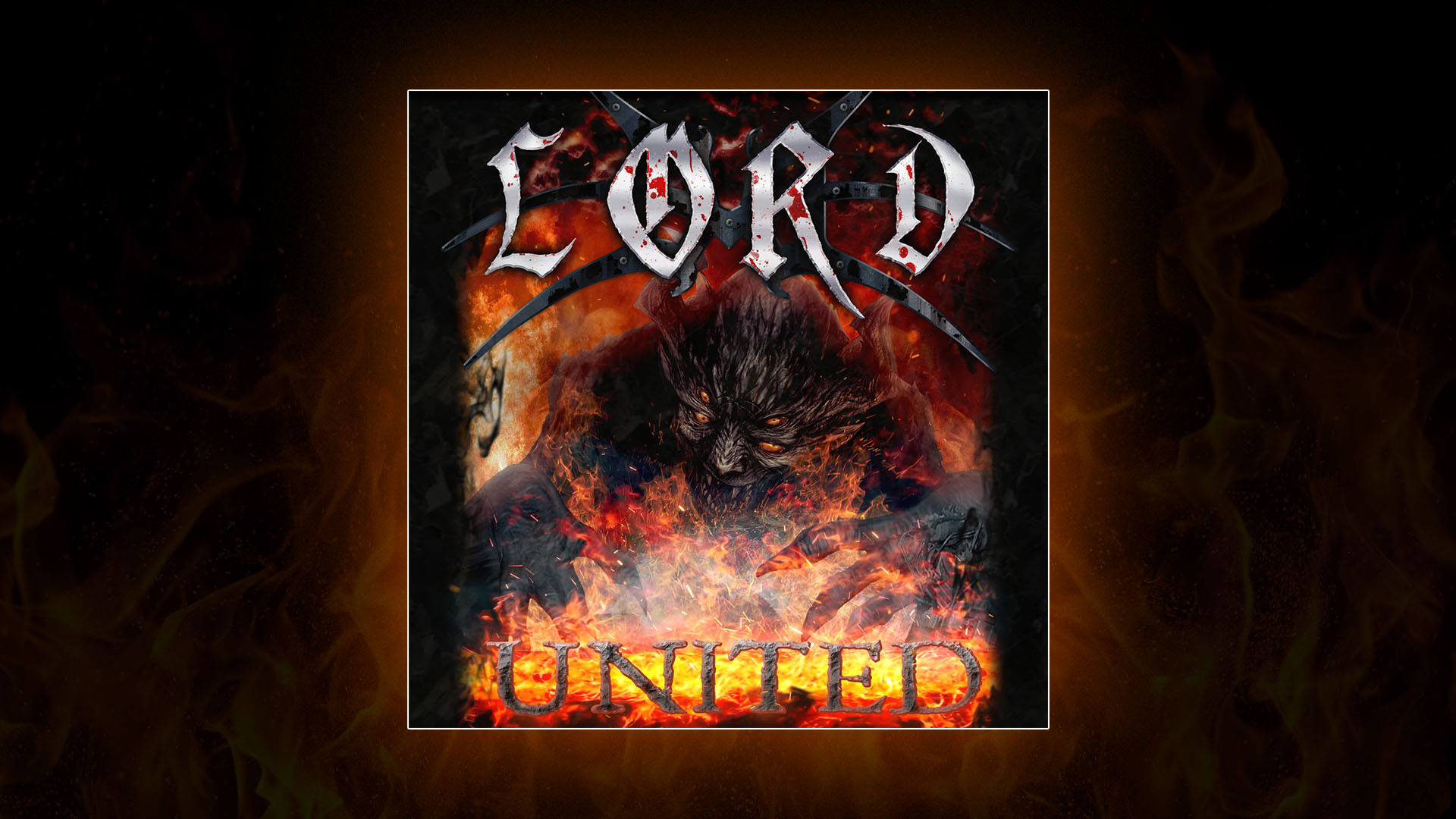 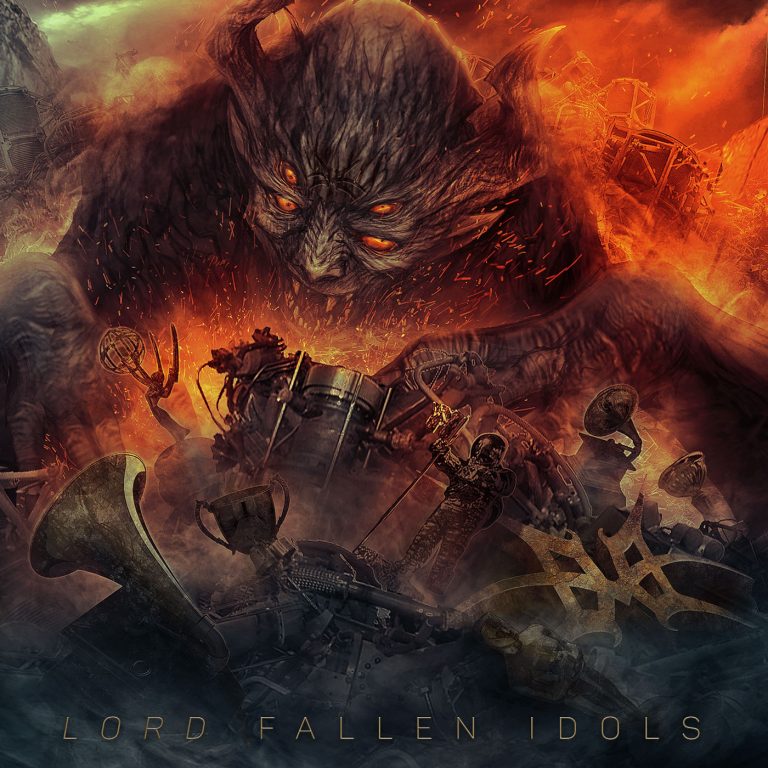 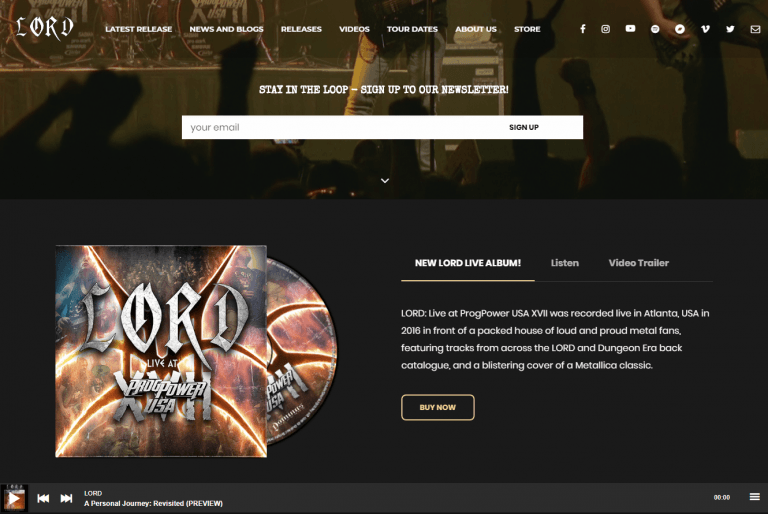